The problems with Scottish history: anglo-centrism and national identities

At York our huge range of module options encourages us to explore the history of countless different countries: China, Germany, Russia, Japan, the Caribbean, Latin America and so on. We not only learn about events that happened abroad from a British point of view; we attempt to view history through the eyes of the people who experienced it. This approach avoids clouding our perception with xenophobia, orientalism, or our own definitions of a civilised society.

It is therefore strange that British history is so clearly dominated by England. “British” and “English” history tend to be interchangeable terms, focusing on developments that took place in England and marginalising the histories of the other countries in Great Britain. I will focus on Scotland here, although the same problem can be applied to Wales and Ireland.

I would like to argue, firstly, that the history of Scotland as a distinct entity is as rich and exciting, and deserves as much recognition, as that of England; secondly, that the lack of attention paid to Scottish history is just one part of a wider English superiority and suppression of Scottish identity, leading to the frustrations which continue to this day. 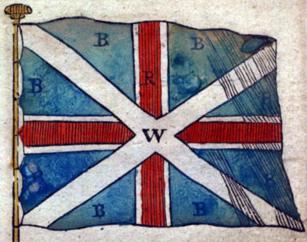 A disappointing look at Scottish historiography

Through my own university study and personal interests, I have noticed certain trends in the writing of Scottish history which reveal the extent to which it has been marginalised in favour of English history.

Periodisation is important here. Fortunately the Act of Union in 1707 roughly coincides with a workable boundary between early modern and modern, although the 1603 union of the crowns is another important milestone.

Arguably, modern history gives Scotland greater importance. The historical concepts of the Enlightenment and Industrial Revolution prominently feature Scottish individuals and places. However, since becoming part of the United Kingdom, Scotland has been consistently defined as a small component in the bigger picture, never as an individual nation.

Until the seventeenth century it was a very different story: Scotland was an independent power, and not subordinate to England, yet, to historians and contemporaries alike, England has been presented as the most important nation in their near-constant rivalry.

I’ve experienced this for myself, attempting to research a dissertation on Scottish history and struggling to find suitable sources. You think British history will be straightforward until you try to avoid anglo-centric material. 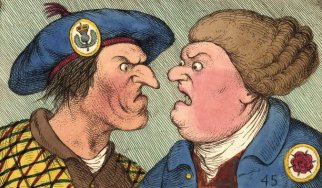 There are, of course, dedicated Scottish histories of the medieval and early modern periods, and these extend up until the present (such as those by Jenny Wormald, Michael Lynch, and Jane Dawson). However, there is nothing like the overwhelming number of books and articles which exist on every imaginable topic in English history. There is plenty of scholarship on the Scottish Reformation, but relatively little on royal progresses or chivalry, for example.

Secondary materials and collections of primary sources which do relate to Scotland are often written from an English perspective. For example, the sixteenth-century Scottish calendars of state papers are chronologically divided up into the reigns of English monarchs, and the selected papers contain English issues relevant to Scotland rather than Scottish issues unconnected to England.

Perhaps York’s own lack of emphasis on Scottish history is excusable: we are in England, after all, and the history courses at Scottish universities tend to focus more on Scottish history. But for a degree which stretches boundaries in its geographical broadness, it is surprising how little attention is paid to a country only a couple of hours away. 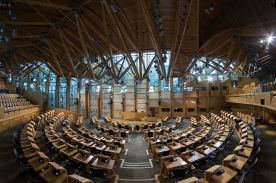 Scotland’s identity – created within, or a reaction to English dominance?

In the current political climate, the history of Scotland’s relationship with the rest of the UK is especially relevant. The gradual rise in Scottish nationalism over the last forty years (devolution referendums in 1979 and 1997, an independence referendum in 2014 and the possibility of another in the future) suggests that Scotland was never fully integrated into the UK.

King James VI spoke of a “perfect union” when he united the two crowns in 1603. At that time Scotland was more keen to unite than England was, possibly because it meant the Scottish king ruling over England, rather than an English monarch ruling over Scotland as Henry VIII had desired when he proposed that his son Edward marry the young Mary Queen of Scots in the 1540s.

The union did prevent any future wars with Scotland, but it proved to be more difficult to enact than expected, riddled with ambivalence, confusion and communication problems. English people persisted in calling the new state England instead of Britain. Jenny Wormald argued that by the time James died in 1625 Scotland was still a distinct, unintegrated kingdom, and she questioned why the union survived at all.

I find it fascinating that after four centuries a similar opposition of attitudes prevails, although now it is Scotland who wishes to be separate and England who values the union. As recently as Theresa May’s first speech as the new Prime Minister, she referred to “the Union, the precious, precious bond between England, Scotland, Wales and Northern Ireland”. Not long before, Nicola Sturgeon had insisted in the aftermath of the EU referendum that a second independence referendum “must be on the table.”

Whatever happens in the future regarding Scotland’s place in the UK, these turbulent times we are living through are as historically significant as the events of 1603. There has never been a better time to discuss the value of a distinctly Scottish historiography.

Burke, Peter. “Stereotypes of Others”. In Eyewitnessing: the uses of images as historical evidence, 123-139. London: Reaktion Books, 2001. (for more information on how we perceive different countries and cultures)

Wormald, Jenny. “The Creation of Britain: Multiple Kingdoms or Core and Colonies?”. Transactions of the Royal Historical Society 2 (1992): 175-194.

← ‘The Wolf of the Seas’: Thomas Cochrane, Britain’s Forgotten Hero
The Fall of the Ancien Régime →