“The King is Dead: The Last Will and Testament of Henry VIII” by Suzannah Libscomb (2015)

On the 28th of January 469 years ago, the bed-ridden King Henry VIII drew his final breaths at Whitehall palace. His last will and testament, intended to determine the future course of the Tudor dynasty, had been finalised and stamped just hours before his dreaded death.

For Henry, ‘the succession was his abiding obsession until the very end’ and was given legislative veracity in his last will by the Succession Acts of 1536 and 1544 which had permitted him to nominate his successor. Unlike prior kings Edward IV and Henry VI, who dedicated large proportions of their will to the bequeathing of their estates, the ‘King’s Great Matter’ provided the essential constituents for what would become one of the most disputed documents in Tudor history.

Dr Suzannah Lipscomb embarks upon the arduous task of disentangling the will from the distortions of flawed primary research that attributes its creation to factional rivalry and courtly conspiracy. As one of the most contested English sources of the sixteenth century, historians have wildly disagreed over not only its authenticity, but also the context of its creation and intended meaning.  Unearthing the answer to these questions is key to understanding the extent to which Henry had lost power or was allegedly manipulated by these factions in his final days as King. In an argumentatively forthright analysis, Lipscomb, unafraid to tackle the ‘Tudor Giants’, offers a challenge to their traditional premise that the 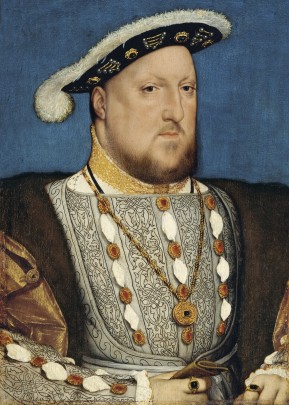 will was the outcome of a Protestant factional conspiracy led by Sir William Paget, Lord Lisle and the Earl of Hertford. Instead, her thesis quite persuasively contests that Henry continued to dictate matters right until the very end; arguing that “the King may have been dead; but that did not mean that Henry VIII was prepared to cede power.”

Exceptionally well-structured, the book consists of ten thought-provoking chapters and three appendices that serve to enlighten the reader to the possibility of an alternative reading to the notion that Henry’s will was commandeered by his advisors. What is perhaps most impressive about this work is how meticulously researched it is. Lipscomb does not simply rely upon the will itself, but draws widely from personal letters, witness accounts and Privy Council records.  Whilst the death of Henry VIII, his will, and surrounding circumstances can be difficult to fathom, Lipscomb’s thorough research and eloquent writing style make for a cohesive and highly informative read.

Backed by an impressive body of primary research, Lipscomb boldly confronts the interpretations of the highly esteemed historians David Starkey, John Guy and G.R Elton, whose academic conclusions have dominated recent historiography on the matter. Each of a similar outlook, these historians have asserted that the will was indeed motivated largely by the desire to progress Protestant reform as part of a factional conspiracy. Moreover, they suggest that the document underwent in the final month of Henry’s life  a series of ‘additions’ at the hands of Paget and Hertford that would later enable their rise to political dominance. It is also sustained that Henry hastily signed the will legitimising these changes just moments before his death.

Lipscomb offers an entirely new perspective that elucidates the faults on which the aforementioned interpretations were based.  She reconsiders not just the will, but the environment of its creation and final detrimental year of Henry’s life. She identifies ‘three main bones of contention’ with the traditional perspective.

Firstly, the claim made by Elton that the Privy Council met not at court but at Hertford’s private home and is therefore an indication of an ever-strengthening protestant faction can be rebutted. It is an idea based upon ‘a piece of misinformation’ by the ambassador for the Holy Roman Empire and can be refuted by the Privy Council minutes, which demonstrate that the actual meeting place could be found at Ely Palace in Holborn.

Secondly, Lipscomb demonstrates that the evidence that suggested the King’s will was tampered with after Henry’s death is not entirely plausible. David Starkey has contended that evidence shows that the will was altered in the Decemberof 1547, before being stamped with the ‘dry stamp’ shortly before his death. He maintains that this was orchestrated by Privy Councillors including Thomas Seymour. Yet Lipscomb reveals that Seymour was actually presented as regency council assistant in the will, as Henry had arranged – a station that did not warrant Privy Council membership. With the unearthing of these evidential flaws, the traditional notion that there was significant interference in the construction of the will appears less commendable.

Finally, contemporary writer John Foxe’s assessment that the King ‘could not bear to think of his impending death’, which Lipscomb believes is responsible for tainting much historiography on the matter, can at the very least be revised given other equally relevant evidence. She looks to Paget, close secretary to the king who allegedly remembered Henry saying in the December before his death that he ‘could not long endure.’ This would account for his eagerness to prepare the succession thoroughly by making plans for his son’s regency council.

This book provides a valuable insight into the final year of Henry VIII’s life, his will, and the conditions in which it was created.  Lipscomb’s thorough research, methodical approach and accessible writing style contribute effectively to current historical work in this field.  Aesthetically pleasing and certainly provocative, this book ought to encourage further study and discussion as well as revision of accepted perspectives. If Lipscomb’s argument does indeed hold weight, then revision of Henry’s character in the final years of his reign is certainly due.