Both historians and authors have paid very little attention to Henry Fitzroy; as the illegitimate son of Henry VIII (1509-1547), he is often eclipsed by the fame of his father and his half-siblings, Mary I, Elizabeth I, and Edward VI. His position as the only acknowledged illegitimate child of Henry VIII, and for 17 years his only son, means his life is important when investigating the issues surrounding legitimacy and the succession during Henry’s reign. Dying just one year before the birth of his father’s legitimate son and heir Edward in 1537, there were suggestions during his lifetime of him possibly being named heir to his father. Alongside this, he played an important role in proving that the 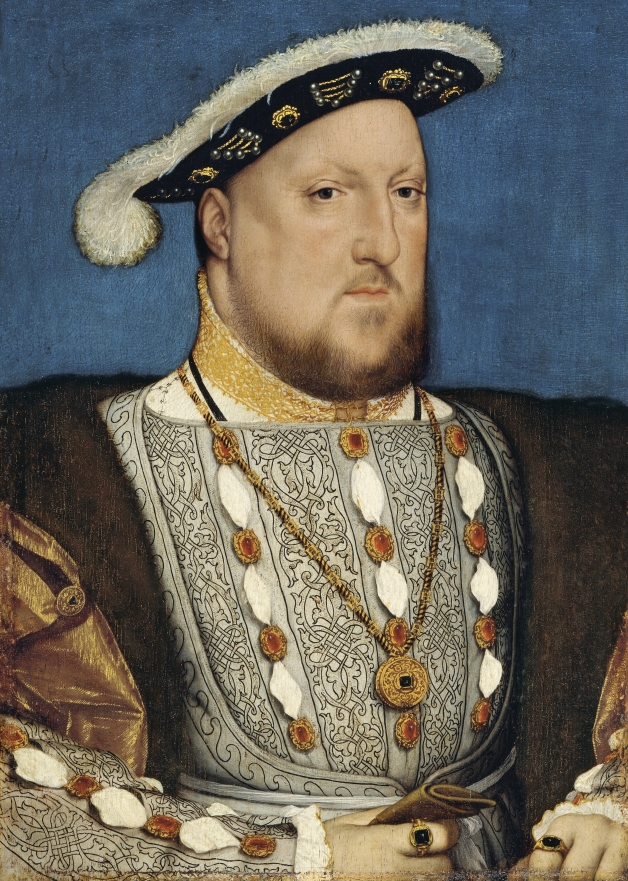 king’s failure to produce a son was an issue that lay solely within the confines of his marriage to Queen Catherine of Aragon, a fact that later led to their annulment. Fitzroy’s life presents a unique perspective into a popular era of history, and his position is key to fully understanding the question of the succession in Henry VIII’s reign.

Henry Fitzroy was born in June 1519 to Bessie Blount, a lady-in-waiting and King Henry’s sometime mistress. He was likely conceived when Queen Catherine was in confinement for her sixth and final pregnancy, in late 1518. Fitzroy’s birth was a triumph for Henry who, since his marriage in 1509, had been unable to father a living son as a result of Catherine’s many miscarriages, stillbirths, and the premature death of two of their sons. Fitzroy’s birth silenced those who suggested that the king was incapable of fathering a son, and made it clear that his lack of an heir was a problem which lay with Catherine and not him, reaffirming his virility. Henry was named after his father and given the name ‘Fitzroy’ (meaning ‘son of a king’), and Henry’s chief advisor, Cardinal Wolsey, acted as his Godfather to acknowledge his royal heritage. Little is known of Fitzroy’s early life, perhaps suggesting a certain amount of discretion surrounding his birth, and it is widely thought his residence regularly changed from the nursery of his maternal half-siblings in Lincolnshire, to Wolsey’s London residence, Durham Place. However other information, such as his contact with his mother, his early education and even the details of his household are shrouded in mystery.

Heir to the Throne?

Everything changed in 1525. The young boy was given a royal household with his own staff, provided with an education equal to that of a prince, and given a number of official positions. He was made Lord High Admiral of England, and granted posts assigning him governance of the North of England from his power base in Sheriff Hutton, North Yorkshire. More importantly though, Fitzroy was elevated to the peerage, the first time that a King of England had granted this privilege to an illegitimate son since Henry II had granted his bastard son, William, the Earldom of Salisbury in 1196. Fitzroy was granted the titles of Duke of Richmond, a title last held by his grandfather Henry VII, and Duke of Somerset, a title associated with his great-grandmother’s family. The use of these titles further confirmed his familial connection with King Henry and the royal family, and initiated suggestions that he could possibly be named as Henry VIII’s heir. However, this is disputed by a number of people, including Beverly Murphy, who argues that these titles were not normally bestowed on an heir to the throne. The titles of Duke of Cornwall and Duke of York, the traditional titles for a male heir, were withheld, probably an indication that Henry was reluctant to give his son a title that would usually be reserved for legitimate male heirs.

Questions around the succession were further compounded when, by 1525, it had become apparent that Catherine was not going to produce any more children, and the possibility of a legitimate son became highly unlikely. There were even suggestions that Fitzroy could marry Mary, the only surviving child of Catherine and Henry, who had been born in 1516. The papal legate overseeing the divorce in 1528 suggested that a marriage between the two would secure the succession, as it would unite together Henry’s only son with his only legitimate heir, and prevent the ensuing annulment between Catherine and Henry. This suggestion went as far as receiving a papal dispensation to allow the marriage, which had to be sought because of the close familial half-sibling relationship between the two. Although there were never any official plans to betroth the two and it is unlikely the king would have consented to the match, or indeed ever have made Fitzroy his heir, discourse surrounding him highlights how uncertain the succession was in King Henry’s reign.

Fitzroy’s untimely death in the summer of 1536, possibly from the tuberculosis that would later kill his yet unborn half-brother in 1553, ended any questions about his possible succession to the throne. It is likely his death may have caused some distress for King Henry, who not only had to deal with the loss of a child, but also the loss of his only son. However, the issue over the succession was removed when just over a year after Fitzroy’s death, in October 1537, King Henry’s third wife, Jane Seymour, gave birth to a son named Edward, who became the heir to his father, thus securing the Tudor bloodline.

← The Rise and Fall of Edmund Dudley: the “hawk” of Henry VII?
Does Life on Mars authentically recreate the 1970s? →