A Third “Red Scare”? Bernie Sanders and the 2020 US Election

The 2020 United States Presidential Election has the potential to be one of the most significant in recent memory. Global shifts to the right and to nationalism have contributed to a loss of faith in leftist politics. The outcome of this election could either further establish that shift as the new global norm, through the re-election of Donald Trump, or mark a swing back to the left with the election of Bernie Sanders. I believe the shift to the right in America stems from economic fears after the 2008 global financial collapse, and the prioritisation of capitalistic ideals as the primary measure of national success. Donald Trump has exploited these fears to perfection through his economic policy, through an emphasis on Gross Domestic Product (GDP) and unemployment rates. This focus on capitalistic development disregards social development, which is in decline. Democratic Representative Alexandria Ocasio-Cortez has criticised the measurement of poverty; while it is officially in decline, she argues real levels would constitute a “national scandal” if updates were made to the federal poverty line. The number of Americans without health insurance also shows social decline. In 2018, 8.5% (27 million) of Americans were without insurance, and the proportion of adults without health insurance in 2019 stands at 13.7%. Using these units of social development, it shows that capitalist measurements of success do not reveal the issues with American capitalism or government, and therefore furthers the demonization of left-wing politicians who seek to make changes. 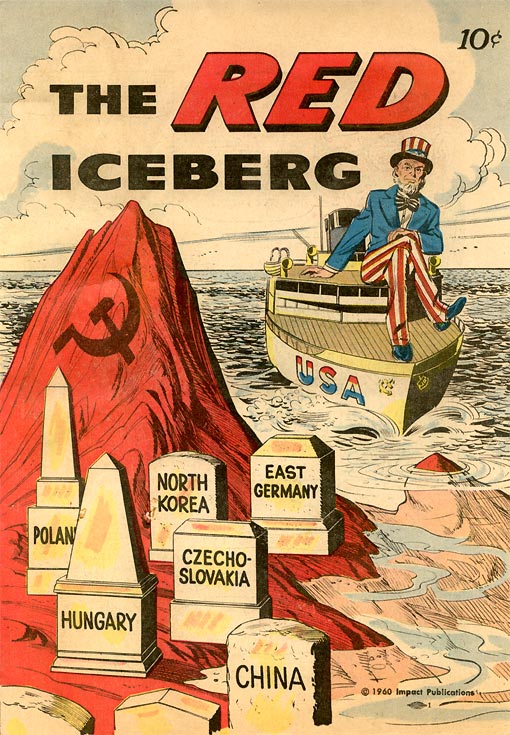 America may have never been a hot-bed of extreme left or socialist principles, but many free-market Republicans have little faith in the strength of American democracy, giving way to what I argue is a third “Red Scare”. This, in the eyes of Republicans, has come in the shape of Bernie Sanders. From his plans for universal health care, to prioritisation of combating climate change, Sanders has attacked the area Republicans value the most – the economy. In this article I will establish the background of the “Red Scare” in America, the right-wing perceptions of Bernie Sanders, and how this has coincided in a third “Red Scare”. This targets democratic socialists as the new threat to American capitalism, in the place of communism, and in the context of a post-neoliberal nation since the mid-2010s.

The First and Second “Red Scares”
The United States has seen two “Red Scares” – a national fear of communism as potentially infiltrating the usual way of political or social life. The first arose from the October 1917 Bolshevik Revolution, which Robert Murray argues planted communism as ‘the epitome of all that was evil’ in the American mind. American prioritisation of capitalism and economic growth as a measure of national success contributed to this fear of communism, as the two economic models opposed each other. The search for communists by the Federal Bureau of Investigation between 1919 and 1943 established the importance of the organisation and reflected institutional fears of communism. As the context of the Russian Revolution in the First World War brought about the first “Red Scare”, the Cold War after the Second World War brought about the second “Red Scare”, and the practice of McCarthyism. McCarthyism in the 1950s is the act of accusation of treason without substantial evidence, referring to the Republican senator Joseph McCarthy. One of the most well-known examples was the executions of Ethel and Julius Rosenberg in 1953, who were accused of being Soviet spies and having knowledge of the atomic bomb. Widespread propaganda also established anticommunism as a national belief in this period. In the 1940s and 1950s, the Hollywood blacklist marked another attempt to quell the communist threat. The blacklist meant the denial of employment to Communists, or communist sympathisers, in the entertainment industry. These examples show the American government and elite’s attempt to hide any rumblings of communism from the American public, and the establishment of anticommunism as a national belief. This long tradition of the “Red Scare” throughout the twentieth century engrained into American minds a deep-rooted fear of communism. More broadly, it established America’s tradition of political conservatism and opposition to left-wing politics as a perceived threat to American nationalism and capitalism. 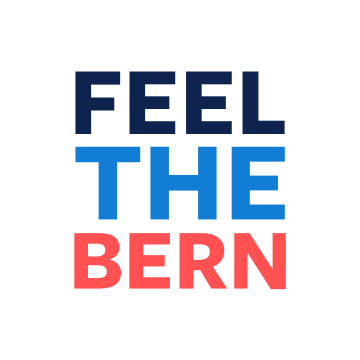 Feeling the Bern
Bernie Sanders is considered to be the most radical American politician in decades. There are countless examples of online blogs from right-wing Americans comparing him to destructive or failed socialist leaders, coining the term “Crazy Bernie”, and others even labelling him an “all-out Marxist”. From reading these right-wing opinions, one would believe that Sanders was an extreme leftist outsider in the Democratic primaries. He was defeated by Hillary Clinton for the Democratic Party nomination in 2016, but 2020 tells a different story. He currently stands as the leader in the primaries, with 35 out of 84 declared delegates [as of 24th February 2020]. Sanders even surpasses Joe Biden, the former Vice President, who was once billed as a shoo-in to be the 46th President of the United States. Looking at the poll average from Real Clear Politics, Sanders stands currently at 29.3%, with Biden in second at 17.2%, a complete turnaround compared to one year ago (Sanders at 18%, Biden at 29.3%).
Sanders’ described himself as a “democratic socialist” and aligns himself with the socialist governments of Scandinavia. His plans for a New Green Deal and universal health care certainly fit with this European model of government and would mark a drastic shift from Trump’s “Make America Great Again” brand of capitalist government. In comparison to the presidency of Barack Obama, and the Patient Protection and Affordable Care Act of 2010 (“ObamaCare”), Sanders can be seen as simply finishing off what was already started. On the topic of the New Green Deal, it would idealistically be a nonpartisan issue to combat climate change. In the age of Trump and climate change denial, though, tackling climate change does become a highly politicised stance. However, the threats these key policies pose to the capitalist elite in America has rendered Sanders a threat, too. Despite what right-wing pundits and those fearing Sanders’ radical policies might say, America is certainly “Feeling the Bern”. This popular support for Sanders does not completely silence the critics, though, and it is important to assess these legitimate attacks and understand them to be as serious as they are.

A Third “Red Scare”? Russia, Sanders, and Antisemitism.
In 2016, Russian election hacking showed the continued Cold War rivalry between Russia and America, and the continued American fear of Eastern infiltration. Recent American hostilities with China and North Korea have also shown that the communist fear is still rife within American popular opinion. Malcolm Harris argued in 2016 that American’s have ‘forgotten’ their anti-Communist past, and 51% of Americans do not support capitalism. However, the anti-Communist sentiment in America is more hidden today, and support for capitalism does not necessarily matter when it is so deeply engrained into the American political system and way of life. The fear of Bernie Sanders’ socialist principles and left-wing policies marks the new twenty-first century wave of a “Red Scare”.

Twitter has proven as a breeding ground for such attacks. Sanders, a man of Jewish descent, is depicted as an antisemitic caricature in political cartoons, and this aspect of his identity is used as a point of attack for his critics. Sanders himself has also been accused of antisemitism. These critiques, together with attacks on Sanders as a ‘crazed’ socialist or Marxist, form the new “Red Scare” in America – a fear of threat to American capitalism and economic development through a shift to left-wing economic policies. Right-wing attacks on Bernie Sanders are great in number, and at the beginning of the presidential election campaign, they show no sign of stopping. As the election unfolds, we will see how these attacks continue, and whether this new “Red Scare” as a threat to the “great” American economy will be successful, or if Sanders will prevail above the noise to bring economic reform to the United States.

Atkins, E. Taylor. A History of Popular Culture in Japan: From the Seventeenth Century to the Present. London: Bloomsbury, 2017.

Merklejn, Iwona. “Sport, Media and Technonationalism in the History of the Tokyo Olympics.” In Routledge Handbook of Japanese Media. Edited by Fabienne Darling-Wolf. Abingdon: Routledge, 2017. 86 – 98.