What was the significance of the 95 Theses?

What were the 95 Theses?

According to historic legend, Martin Luther posted a document on the door of the Wittenberg Church on the 31st October 1517; a document later referred to as the 95 Theses. This document was questioning rather than accusatory, seeking to inform the Archbishop of Mainz that the selling of indulgences had become corrupt, with the sellers seeking solely to line their own pockets. It questioned the idea that the indulgences trade perpetuated – that buying a trinket could shave time off the stay of one’s loved ones in purgatory, sending them to a glorious Heaven.

It is important, however, to recognise that this was not the action of a man wanting to break away from the Catholic Church. When writing the 95 Theses, Luther simply intended to bring reform to the centre of the agenda for the Church Council once again; it cannot be stressed enough that he wanted to reform, rather than abandon, the Church.

Nonetheless, the 95 Theses were undoubtedly provocative, leading to debates across the German Lands about what it meant to be a true Christian, with some historians considering the document to be the start of the lengthy process of the Reformation. But why did Luther write them?

Why did Luther write the 95 Theses?

The 95 Theses were largely written to oppose the selling of indulgences to the people in order to reduce the time their loved one spent in purgatory. The indulgences trade was authorised by the Archbishop of Mainz and Madgeburg, who was deeply in debt due to his purchase of the bishopric of Mainz. In exchange for a cut of the profits, the Archbishop permitted Johann Tetzel to sell a series of indulgences to the poor. It was during this time that the indulgence trade was growing. Luther’s prince, Frederick the Wise, had a collection of indulgences that, if used, would be equivalent to 1,900,000 days removed from one’s time in purgatory. Yet it was Tetzel’s selling of indulgences as a commodity that appears to have broken Luther’s back; Tetzel’s 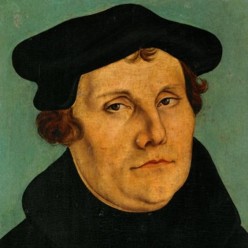 jingle of ‘As soon as the coin in the coffer rings, a soul from purgatory springs’ simply highlighted to Luther the financial nature of the entire process.

In particular, Luther was horrified by the fact that a large portion of the profits from this trade were being used to renovate St Peter’s Basilica in Rome. His outrage at this is evident from the 86th thesis: ‘Why does the pope, whose wealth today is greater than the wealth of the richest Crassus, build the basilica of St Peter with the money of the poor rather than with his own money?’ Perhaps this is indicative of Luther’s opinion as opposing the financial extortion indulgences pressed upon the poor, rather than the theology which lay behind the process of freeing one’s loved ones from purgatory.

It is interesting to note that Luther also sent a copy of his 95 Theses directly to Archbishop Albrecht von Brandenburg. It appears that he legitimately believed that the Archbishop was not aware of the corruption inherent in the indulgence trade led by Tetzel. This is something which can be considered important later on, for it indicates that Luther did not consider the Church hierarchy redundant at this point.

Why were the 95 Theses significant?

Though the document itself has a debateable significance, the events which occurred because of its publication were paramount in Luther’s ideological and religious development. Almost immediately there was outrage at the ‘heresy’ which the Church viewed as implicit within the document. Despite the pressure upon Luther to immediately recant his position, he did not. This in part led to the Leipzig debate in summer 1519 with Johann Eck.

This debate forced Luther to clarify some of his theories and doctrinal stances against the representative of the Catholic Church. The debate focused largely on doctrine; in fact, the debate regarding indulgences was only briefly mentioned in the discussions between the two men. This seems surprising; Luther’s primary purpose in writing the 95 Theses was to protest the selling of indulgences. Why was this therefore not the primary purpose of the debate?

Ultimately the debate served to further Luther’s development of doctrine which opposed the traditional view of the Catholic Church. In the debate he was forced to conclude that Church Councils had the potential to be erroneous in their judgements. This therefore threw into dispute the papal hierarchy’s authority, and set him on his path towards evangelicalism and the formulation of the doctrine of justification by faith alone. Yet it is important to bear in mind that, had the pope offered a reconciliation, Luther would have returned to the doctrine of the established Church.

An interesting point to consider about the aftermath of the 95 Theses is the attitude of the Catholic Church. It immediately sought to identify Luther as someone who had strayed from the true way and was therefore a heretic; it refused to recognise that Luther had valid complaints which were shared by many across Western Christendom. The 95 Theses could have been taken at face value and used as an avenue to reform, as Luther intended. Instead, the papal hierarchy sought to discredit Luther, and keep to the status quo.

What made the 95 Theses significant?

A document written in Latin and posted on a door like most other academic debates, it does not seem obvious when considering the 95 Theses alone to see just how they became as significant as they did.

A major explanation for its significance was the rise of print culture during the sixteenth century. Following the creation of the printing press, printed books and pamphlets could be produced more cheaply than ever before. This meant that texts formerly reserved for the upper class could be read by an increasing number of people. Indeed, looking forwards, Alister McGrath argued that we cannot underestimate the impact of the development of print culture on the Reformation. Within two weeks, the 95 Theses had spread throughout the German Lands; within a matter of months, they were a talking point among much of Western Christendom. Without the printing press, this is a phenomenon whi 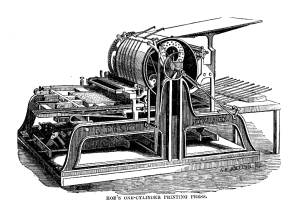 ch most likely would not have occurred.

The translation of the Latin text into German also helped make the document significant. Translated in early 1518 by reformist friends of Luther, this widened the debate’s appeal simply because it made the subject matter accessible to a greater number of people. ‘Common’ folk who could read would have been able to read in German, rather than Latin. This therefore meant that they would be able to read the article for themselves and realise just how many of the arguments they identified with (or did not identify with, for that matter). The translation also meant that these literate folk could read the Theses aloud to a large audience; Bob Scribner argued that we should not forget the oral nature of the Reformation, beginning with one of the most divisive documents in history.

Finally, the 95 Theses can be considered significant because they were expressing sentiments that many ordinary folk felt themselves at the time. There had been a disillusionment with the Church and corruption within it for a great deal of time; the Reformatio Sigismundi of 1439 is a prime early example of a series of lists detailing the concerns of the people about the state of the Church. By the time of the Imperial Diet of Worms in 1521, there were 102 grievances with the Church, something overshadowed due to Martin Luther’s presence at this Diet. Many of the issues Luther highlighted were shared among the populace; it was due to the contextual factors of the printing press and the use of the German language that made this expression so significant.

It would not be surprising if, when posting his 95 Theses on the door of the chapel on the 31st October 1517, Luther did not expect a great deal to change. At the time, he did not know what such an act would lead to. The events which occurred due to the Theses led to Luther clarifying his doctrinal position in a manner which led to his eventual repudiation of the decadence and corruption within the Catholic Church and his excommunication.

Yet we must remember that whilst the 95 Theses can be considered to constitute an extraordinary shift in the mentality of a disillusioned Christian, they are very unlikely to have achieved the same significance without the printing press. If the 95 Theses had been posted on the 31st October 1417, would the result have been the same?

Lau, Franz and Bizer, Ernst. A History of the Reformation in Germany To 1555. Translated by Brian Hardy. London: Adam and Charles Black, 1969.

← “Close the wall up with our English dead”: does Shakespeare’s Henry V actually problematise Agincourt?
Lady Jane Grey: The Most Overlooked Tudor Monarch →

2 thoughts on “What was the significance of the 95 Theses?”